SideTrack'd: Interview with Garrett Brown, Filmmaker and Inventor of Steadicam

SideTrack’d is proud to have an in depth conversation with the one and only Garrett Brown. Garrett’s inventions, the Steadicam and Skycam, have revolutionized movement in movies and television. His work can be seen in over 100 films including the Rocky series, The Shining and Indiana Jones. Go behind the scenes with Garrett and host Deke Antrim as they discover together the lows and highs of the film industry and what it takes to become a pioneer of storytelling through the movement of The Camera. 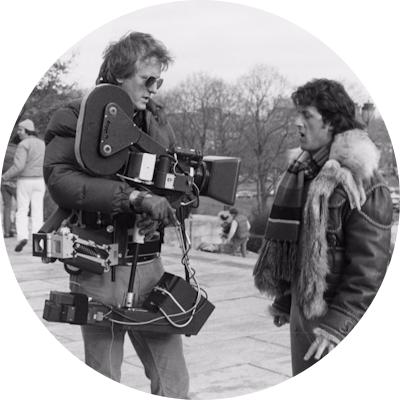 Garrett Brown is an Oscar winning inventor and cinematographer. In the mid 70’s he invented the Steadicam, an invention that enabled camera operators to move smoothly through space without the shakiness usually associated with handheld camera work. Garrett ushered in the new era of movement as an operator of the Steadicam on such films as 'Rocky' and 'The Shinning'. These two films showed audiences and movie makers just how powerful a tool the Steadicam could be. Garrett would go onto invent many more systems that radically improved movement of cameras including the DiveCam, a device used for Olympic high divers and the SkyCam, a wired camera system that to this day is used on most NFL games.